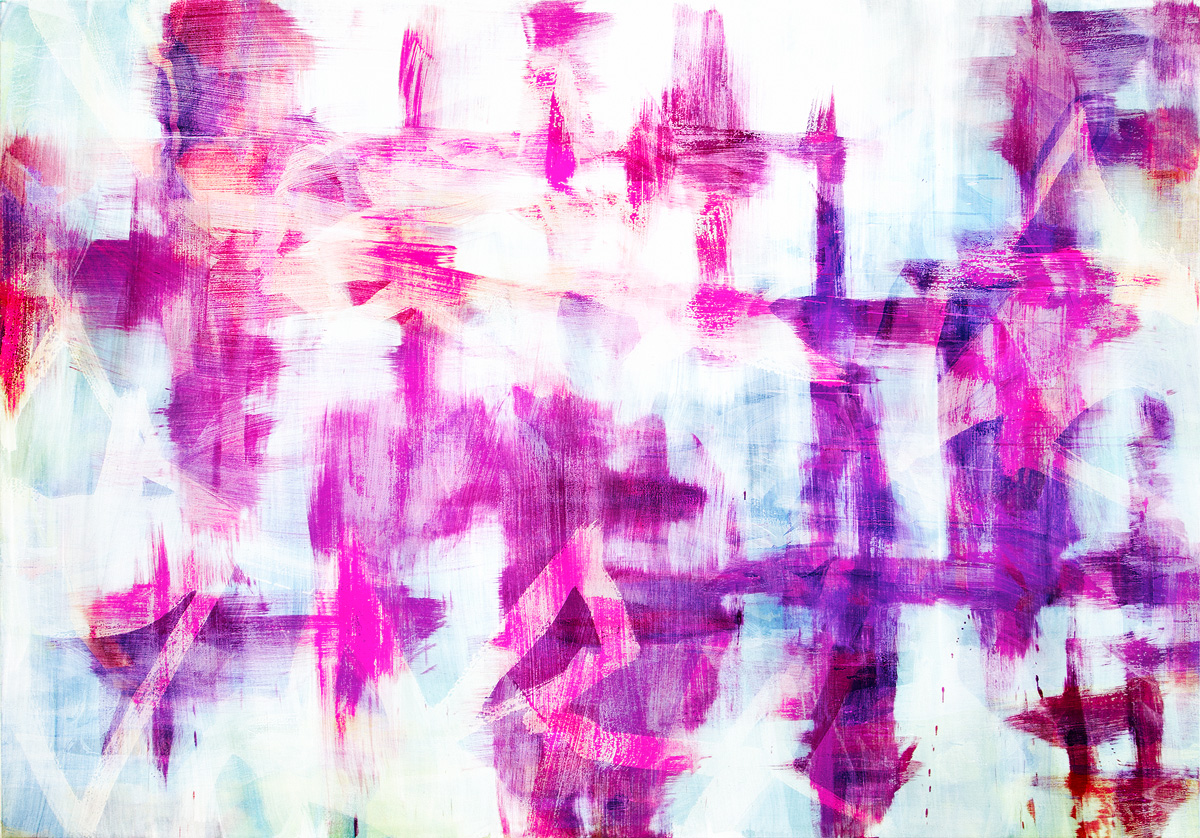 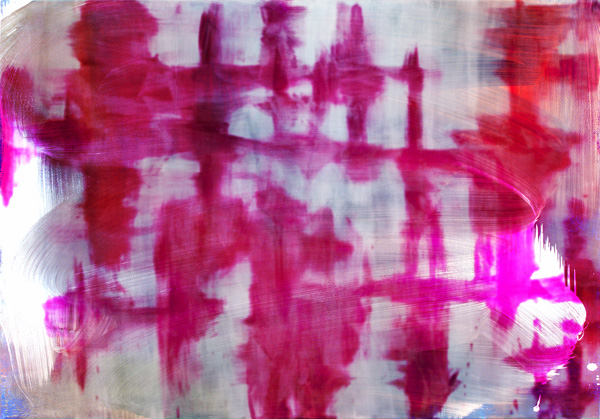 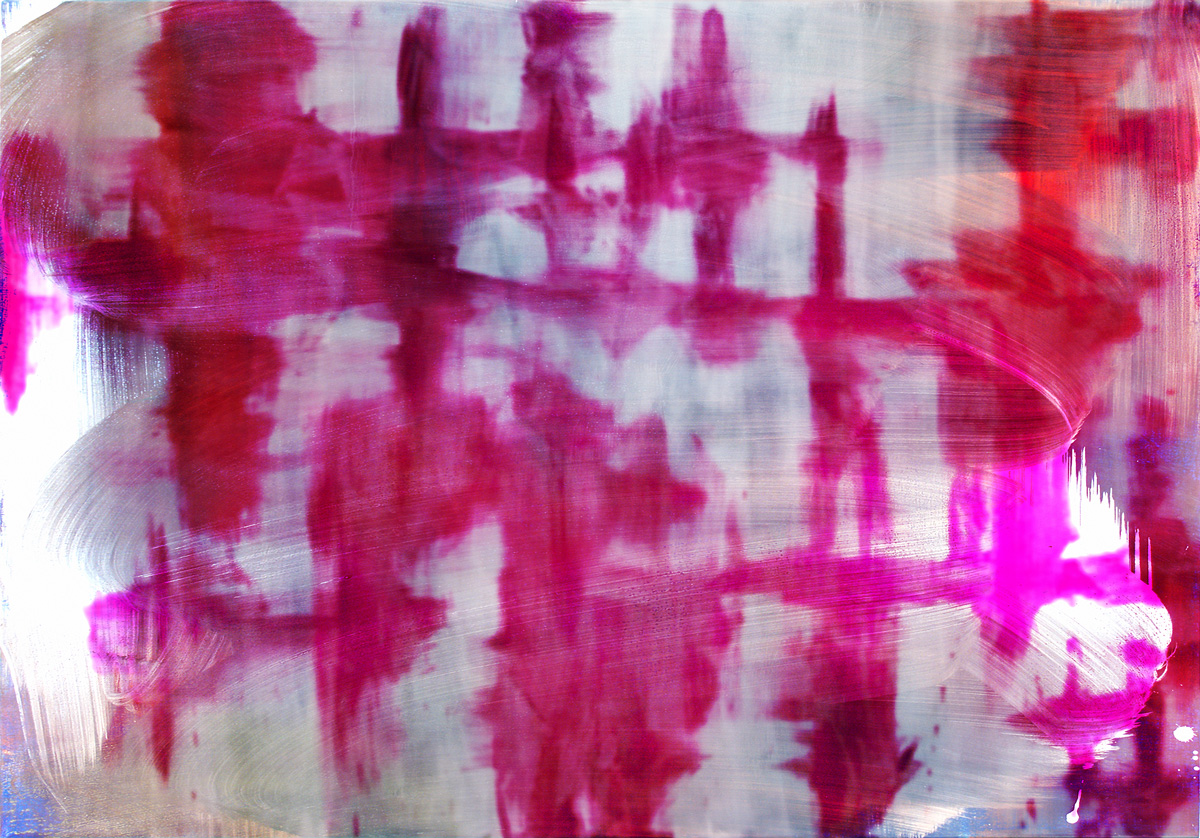 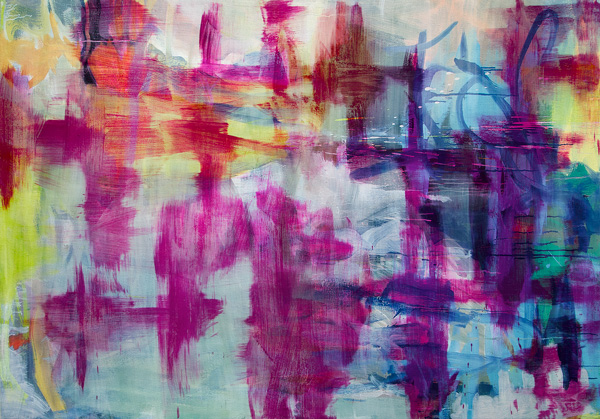 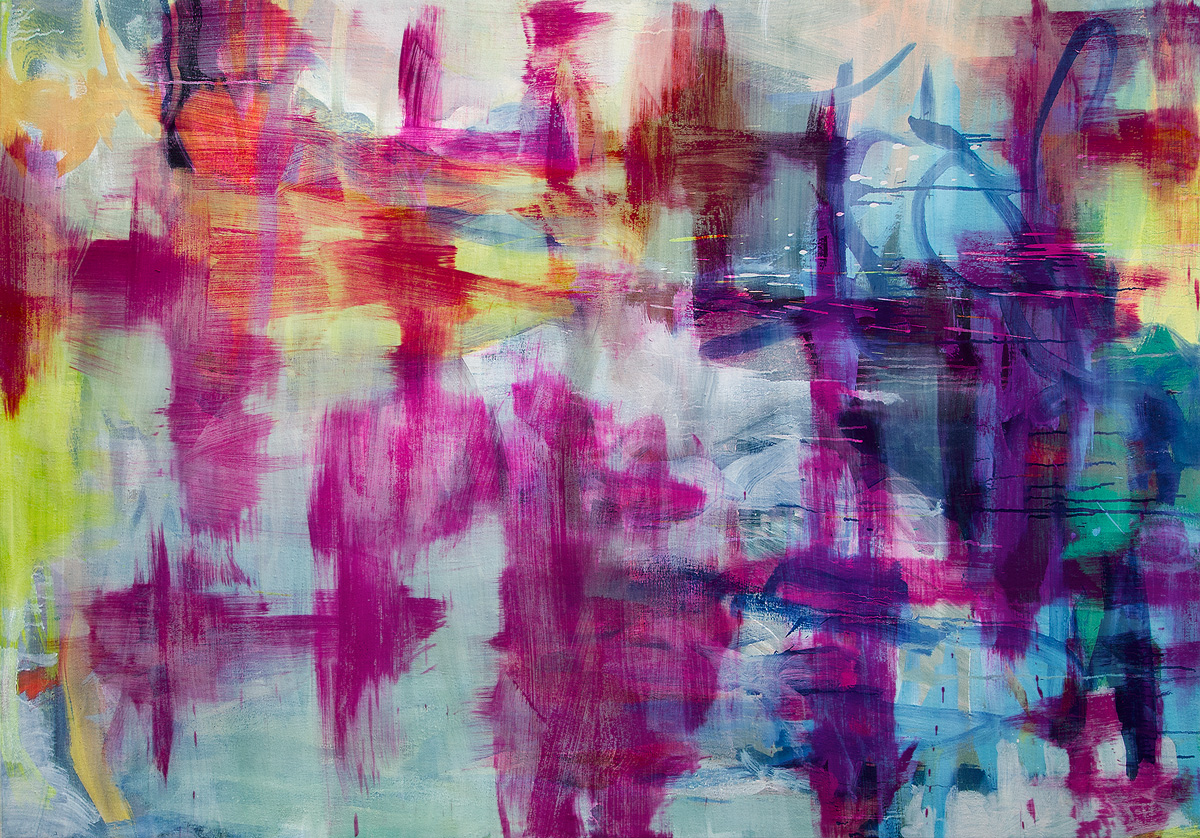 Benjamin first saw John Lurie act in some of Jim Jarmusch’s movies from the eighties. Responding intensely to any visual or auditory input, he soon discovered Lurie’s music and film projects as an inspiration. In April 2013, Benjamin went to the movies in Brooklyn together with a good friend. When they arrived at the cinema’s entrance, John Lurie came out to have a smoke. Although neither of them had a lighter, they took their chance to chat to Lurie.

For the triptych commissioned by ARNO, Benjamin decided to utilise documentary photographs he completed in the past. Some of the originals were lost or damaged over time and do not exist anymore – their photographic documents being the only witness of their existence. Exchanging canvas, colours and brushes for monitor, keyboard and microprocessors, he translated the concerns of his painting practice into the digital realm.

The result is a synthetic digital fusion of multiple document images into singular painterly entities, to create digital paintings that could not have come to life in another way.
This work, emerging from the coincidence of a certain New York evening, however, reminds us of the upbeat rhythm in some of Lurie’s musical pieces.

Born in Münster, Benjamin Bohnsack currently lives and works in Düsseldorf, Germany. After enrolling at the academies of fine arts in Münster and later in Düsseldorf to study painting, he decided to embark on a rather subjective approach to make visible what is usually regarded to be unimportant in the rational configuration of the modern mindset.

In a world that is ambitious about inventing ways of controlling people’s live and claims that only what can be explained is of value to us, Benjamin’s aim is to create abstract paintings of around two metres and larger, enabling the recipients to connect to what they perceive and experience a kind of ‘paint trip’ themselves. His materials are colour, space, light and sometimes shape.