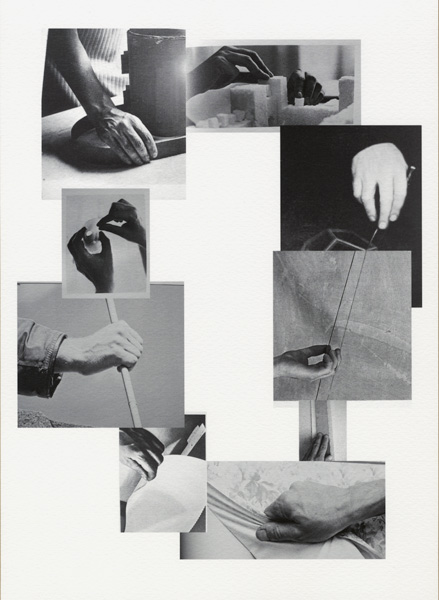 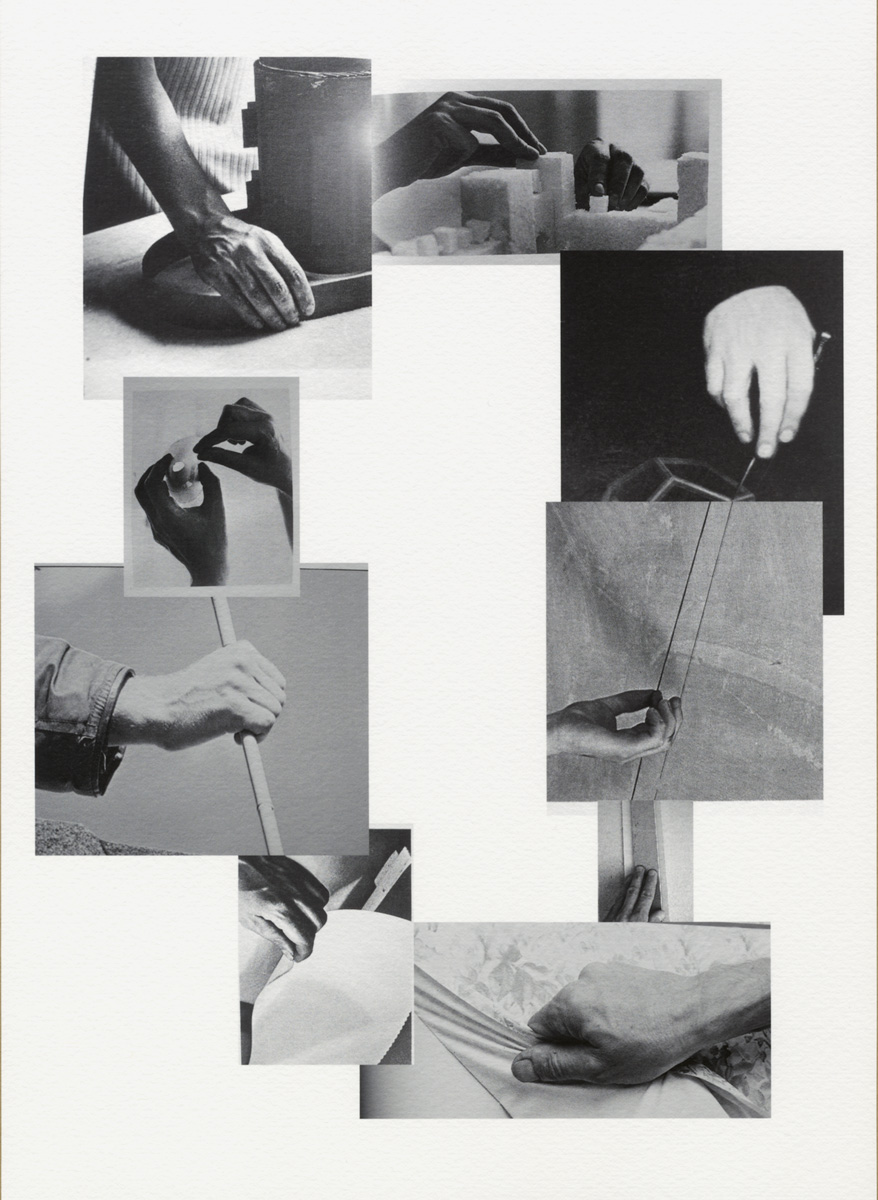 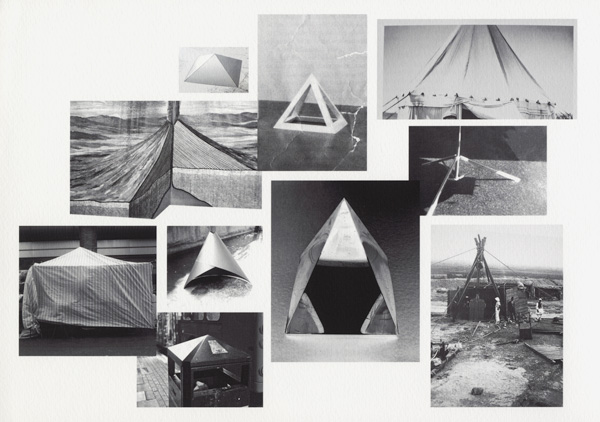 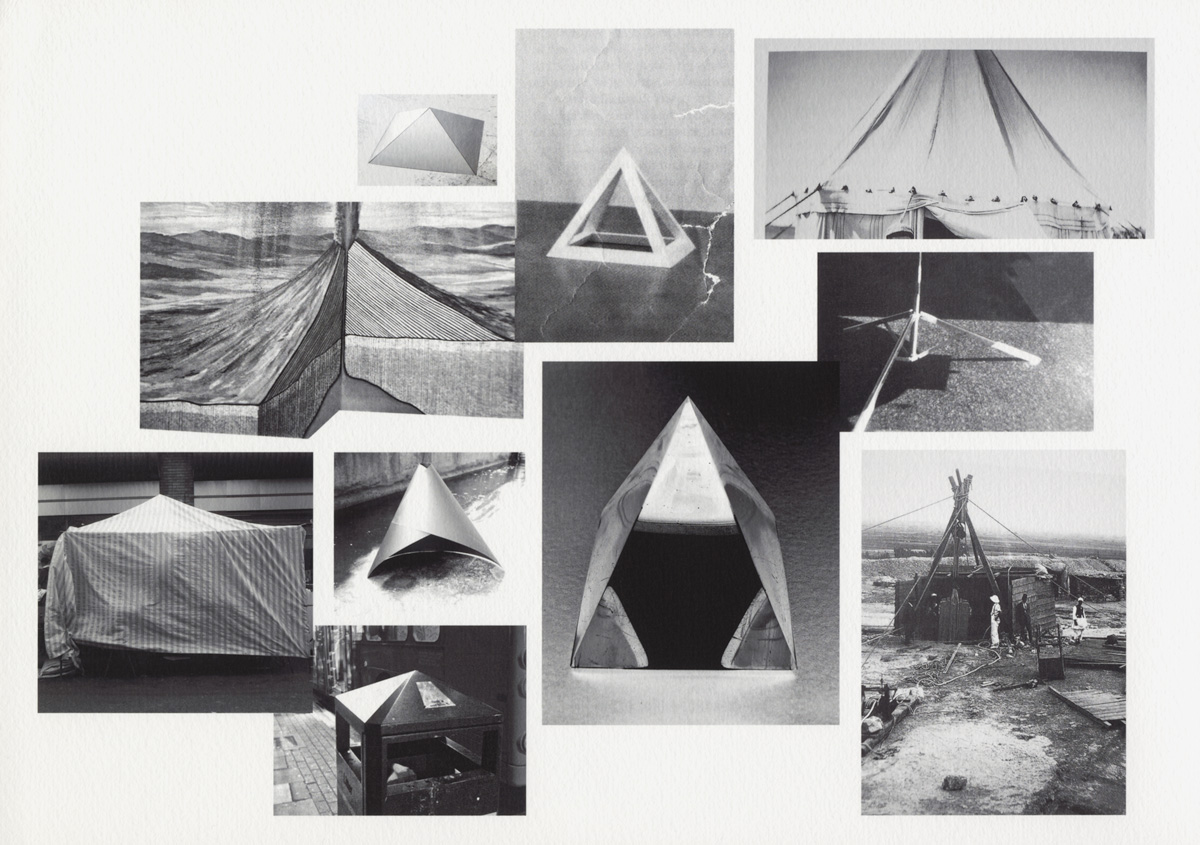 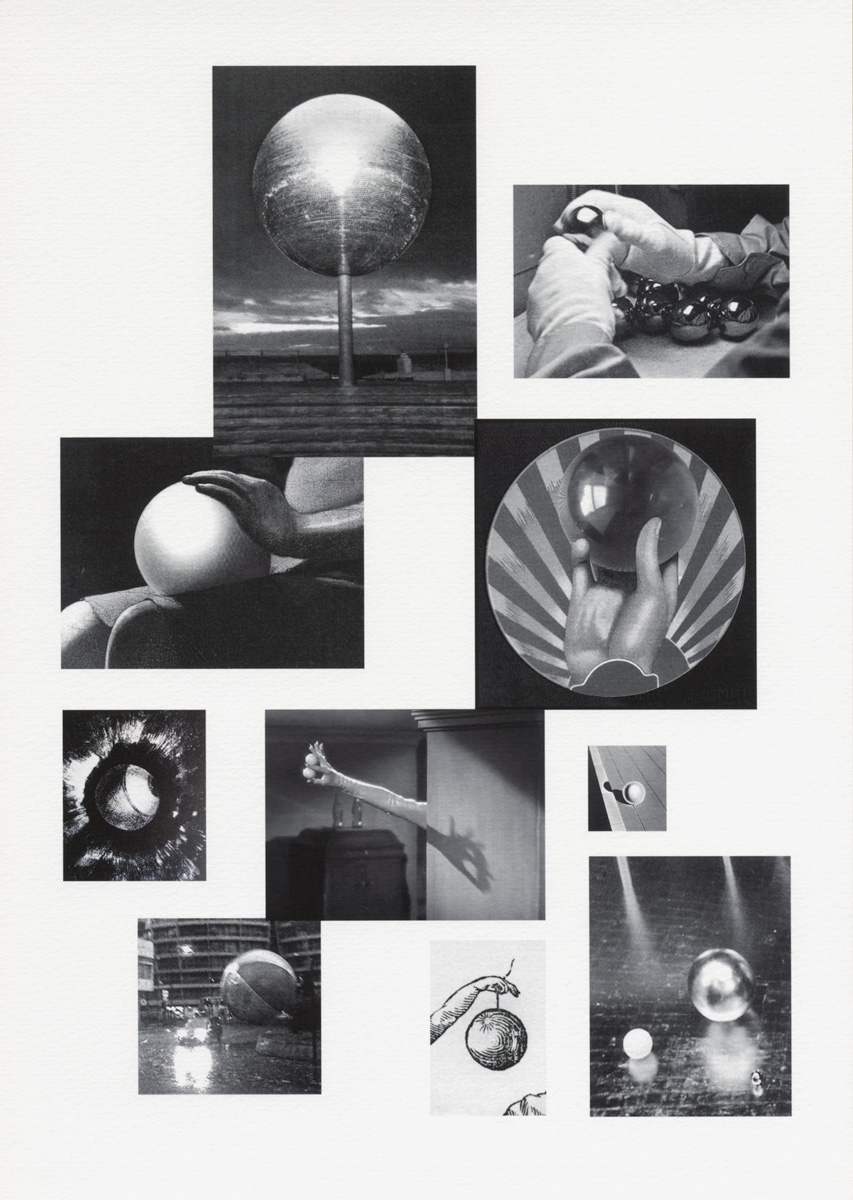 Emma’s works for ARNO expand on her involvement in editing and the sequencing of imagery. Her interest focuses predominantly on the way ideologies attempt to shape a homogenous public space through the proliferation of images, by exploring the discrepancies and incompatibilities inherent trough their dissemination in the social space, which in reality is heterogeneous. For these works she has assembled photographs taken from books and actual places, as well as digital and other archival sources, resulting in composite images guided by the formal elements in the corresponding subject matter, i.e. orbs, images of hands sourced from DIY books, and pyramidal structures.

Her triptych humorously plays with the scale, narrative and stylistic qualities of these images, editing and cropping them to balance, and brings them into dialogue with one another, regardless of their geographically and historically distinct origins. The triptych employs a scheme for composing imagery initially used to design a two-page spread called Pitch, After 87, for the German publication Public Folder.

Emma Holmes was born in Madrid in 1965. She initially studied Fine Art, Social Science and Literature, receiving a BA in Liberal Arts from Bennington College, USA, in 1987. In 2000, she achieved an MA in Fine Art from Chelsea College of Art & Design, London. Her work consists primarily of printed and published material trough the development of two concurrent practices: studio-based paper works and a self-published biannual magazine, Schizm. Now in its seventh issue, Schizm, as the title implies, engages with ideas about discordancy and paradox. It reflects Emma’s on-going interest in editing and the ironies inherent in juxtaposition.