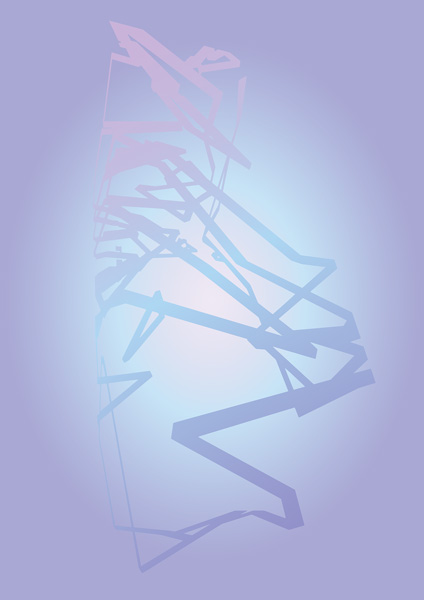 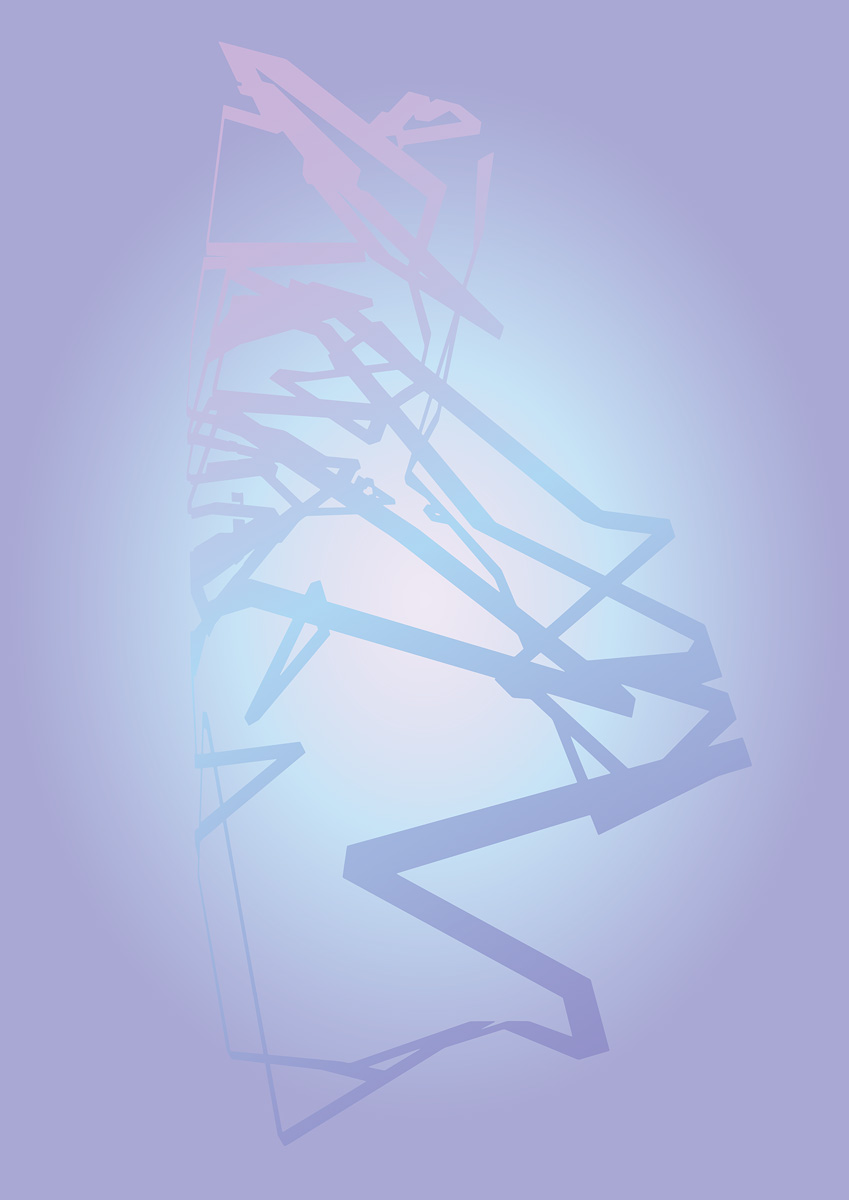 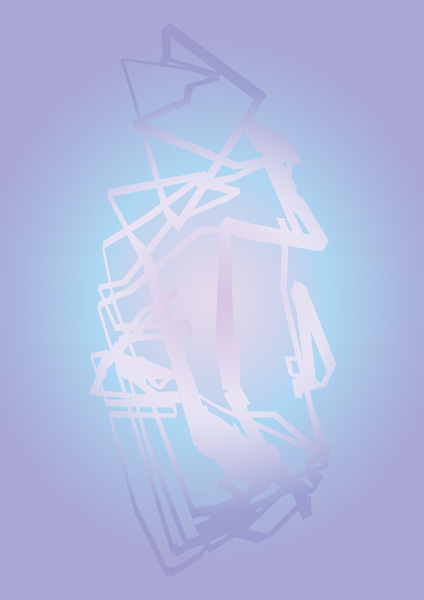 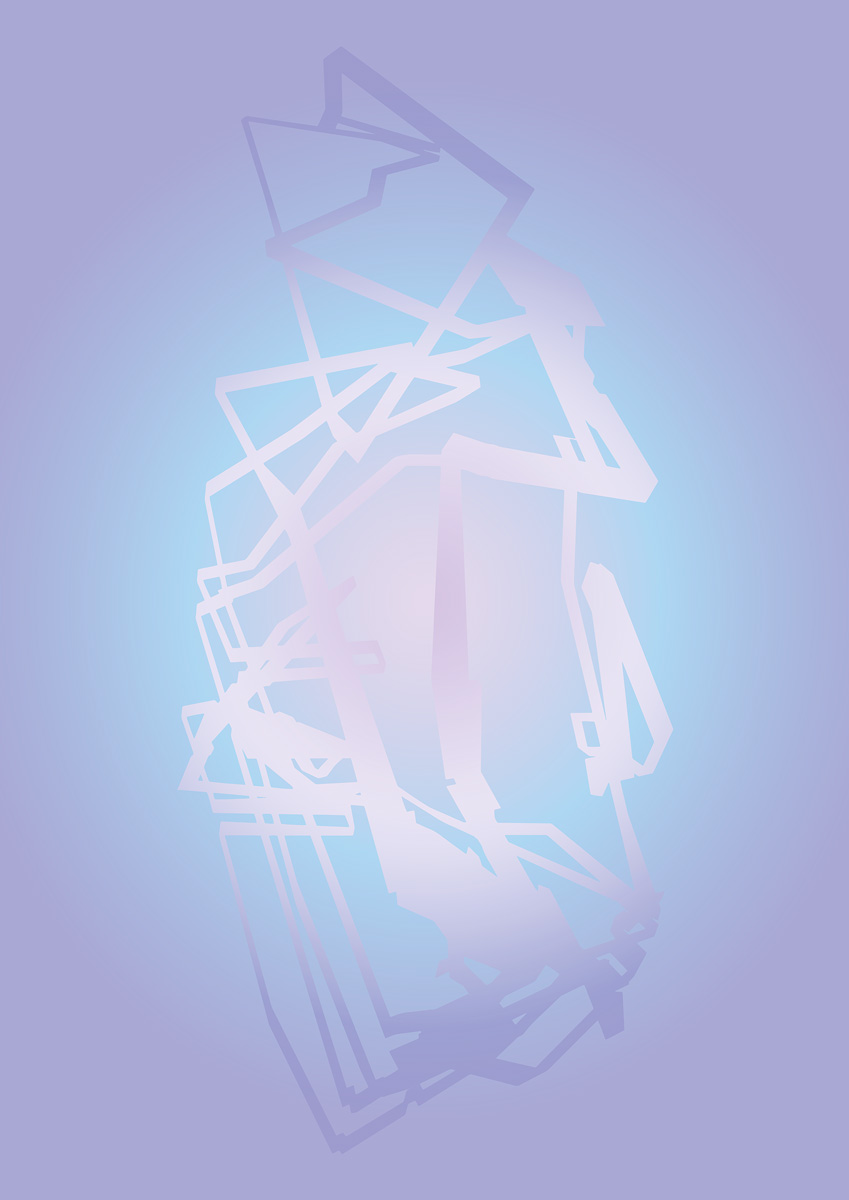 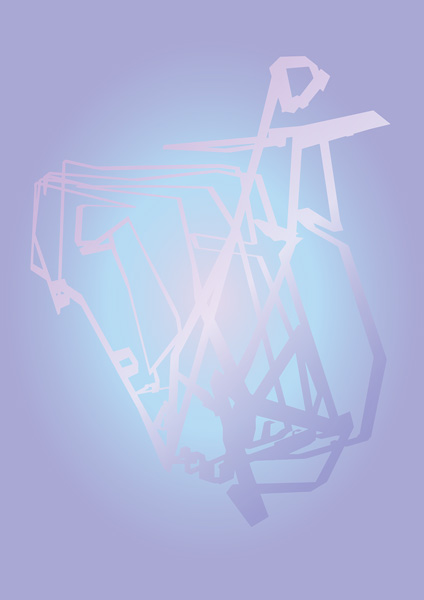 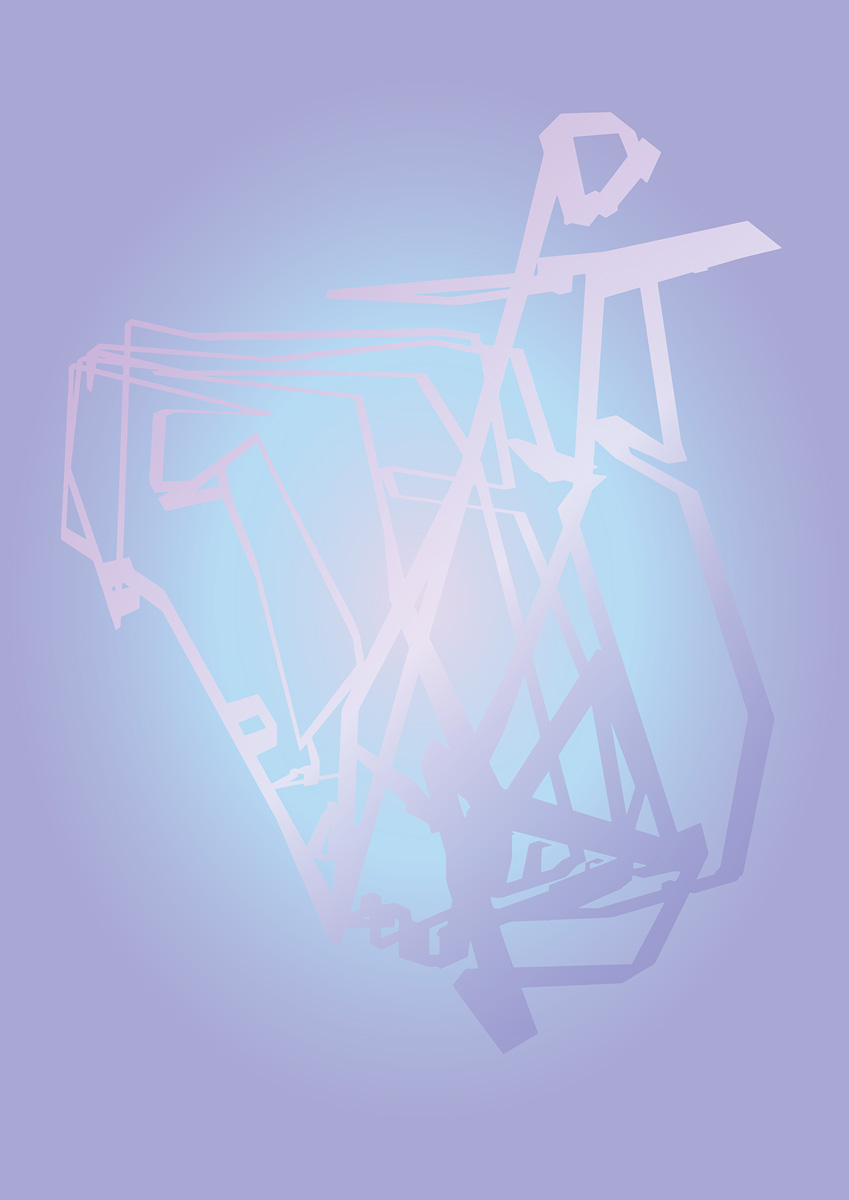 For a site-specific installation at the Academy of Visual Arts Leipzig in 2008, Paul analysed the composition lines of Frederic Edwin Church’s painting Twilight in the Wilderness from 1860. This painting ascribes to the Hudson River School, a mid-19th century American art movement, embodied by a group of landscape painters whose aesthetic vision was influenced by romanticism. The movement paintings reflected three themes of America in the 19th Century: discovery, exploration and settlement.

Paul is specifically interested in the misconception of the ‘first view’, which is inherent in the notion of discovery during the American settlers’ movement around that time. Based on his analysis, he developed a 3D spatial model that he further formulated as a site-specific intervention for that very installation at the academy. Paul’s contribution to ARNO is an image-processing product based on the renderings of the former 3D spatial models, which again become two dimensional works oscillating in a humorous manner towards contemporary commercial aesthetics.

Born in Leipzig, Germany, Paul Philipp Heinze studied at UdK Berlin, ERBA Nantes and HGB Leipzig where he received a Diploma with honours (MFA) in Media Arts. Having grown up in the former German Democratic Republic (GDR), Paul credits the state’s political transition from socialism to capitalism as a crucial influence on his socio-critical artistic thinking. Movements such as Institutional Critique and anti-art movements such as Situationist International and Fluxus also influence his post-conceptual approach to art.

Understanding the concept of an institution as a system of rules causing a particular social order or a sedimentation of dynamic social processes, Paul expands the traditional notion of Institutional Critique by shifting the focus from inherent topics of the art operating system – such as museums, galleries and art markets – to the entire spectrum of the human and non-human existence.

Paul’s work has been featured in numerous international exhibitions, and explores topics including identity construction, post-humanism, the post-internet economy and cognitive capital through artistic techniques such as installation, performance and intervention. He describes his work as bildhauerisch (sculptural), in the broadest sense, while also emphasising the sensual qualities of concepts.